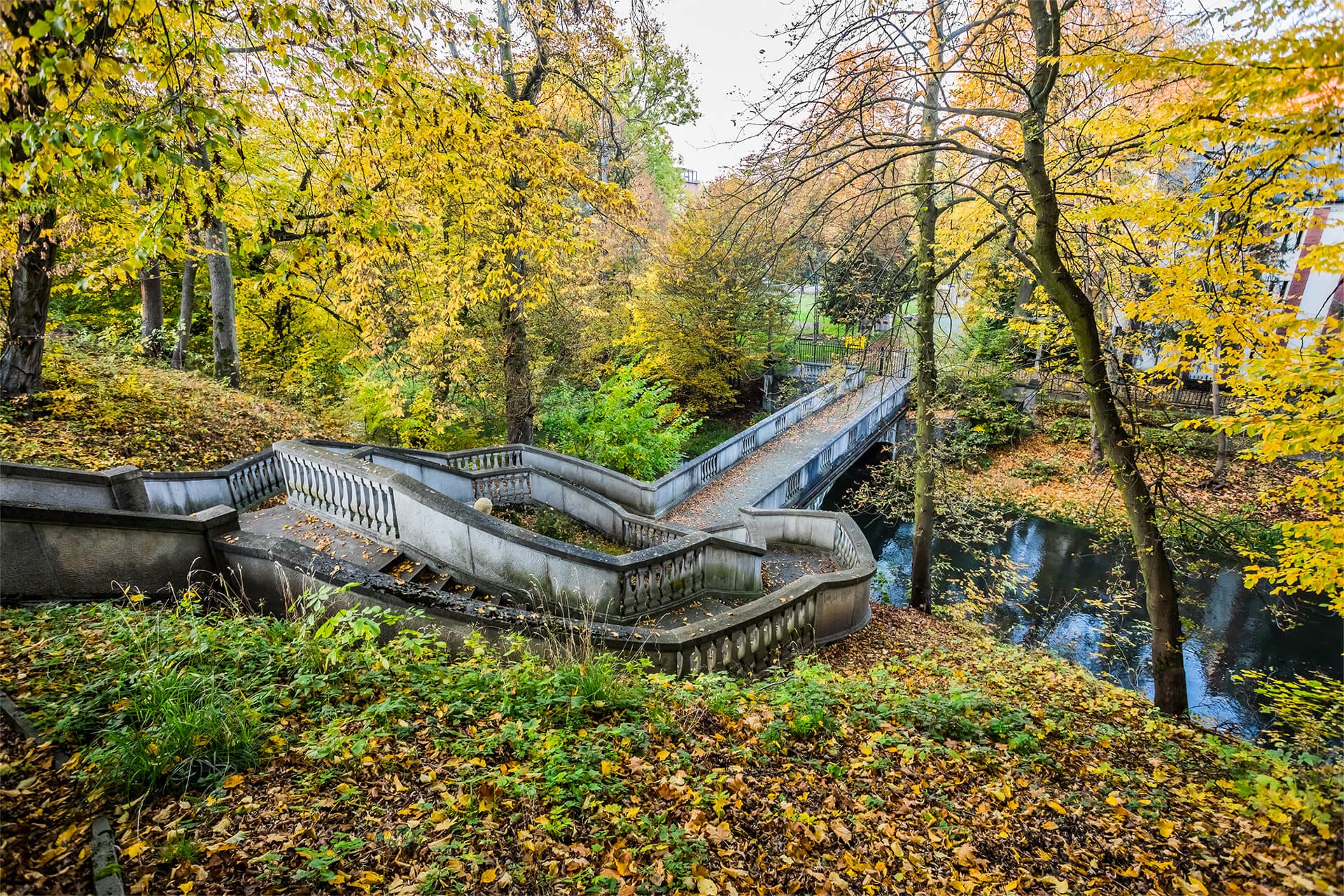 Bishops’ Gardens in Pelplin - for residents and tourists

Interview with Tomasz Lesner from the Institute for European Initiatives

– We are talking to Tomasz Lesner from the Institute for European Initiatives, plenipotentiary of the Bishop of Pelplin Diocese for projects financed from EU funds. There are currently three such projects in Pelplin, and one of them concerns the Bishops’ Gardens. Why were they chosen as the objective for the next activities within the post-Cistercian complex in Pelplin?

– The project “Baroque park complex in Pelplin – making the area accessible through land development and providing new cultural and exhibition functions” is part of a holistic vision of changes in Pelplin, being one of the elements of a coherent strategy of its development. The project responds to a number of needs of the city, perceived from the perspective of a tourist centre. The most important deficiency mentioned by tourists and pilgrims coming to the local Basilica, Abbey and Museum is the lack of a place where one could “just sit”. The Bishops’ Gardens are ideal for this purpose, not only providing a place to rest after or during a visit, but also occupying a space exactly between the Basilica and the monastery and the Museum and Archives. Their opening to visitors is therefore logical, and the park will naturally become a new communication route between the two places.

At the same time, the way the gardens are developed is intended to make them serve not only as an attraction for tourists and other visitors of Pelplin. Thanks to the project of the Diocese, the gardens will primarily serve the local community on a daily basis, even outside the tourist season – in exactly the same way as the Oliwa Park, also formerly home to the Cistercians, serves the residents of the Tri-City. I’m thinking in particular of the leisure area, which will include a variety of attractions for the youngest, such as a boxwood maze with a trampoline, willow tunnels, or a huge sandpit under a willow canopy.

– What else, apart from the creation of an area for parents with children, will the renovation of the Gardens involve?

The overriding aim of the project is to restore the gardens to an appearance somewhat closer to the original. One of the most noticeable changes will be the reconstruction of the so-called “ground floor” - a composition of low shrubs and flowers in front of the Palace. Fortunately, not only its archival photographs have survived, but even its precise drawing with a list of used plants. Another element of the original appearance, which will return to the park, is the cascade surrounding the baroque stairs leading to the bridge over the Wierzyca River. Obviously, the whole “vegetation” of the Gardens will undergo appropriate treatment – the historic trees will be cared for, others, not fitting into the original character of the place, will be replanted, and new ones will be planted in accordance with the original idea. Alleys and paths will be renewed, a stage-altana will be built, a rose avenue will be created, lighting, monitoring and irrigation installations will be mounted.

The portal is co-financed by the European Union from the European Regional Development Fund under priority axis VIII Protection of cultural heritage and development of cultural resources of the Infrastructure and Environment Programme 2014-2020.